I spent a significant portion of my summer mentoring interns at GitHub. In full Silicon Valley grandeur, the fleet of interns comprised of bright, ambitious students hand-picked from prestigious schools.

Working alongside them allowed me to hone in on common obstacles that impede new developers from quickly ramping up and making progress. It became painfully apparent that most of these challenges were preventable, but no formal guidance on “obvious” expectations was provided.

Junior-level software jobs expect basic familiarity with various development workflows, without recognizing the tremendous gulf between computer science degrees and corporate function. Not only are such capabilities expected to develop organically, but such assumptions result in organizational laziness, where the circulation of tribal knowledge stands in place of well-structured onboarding experiences. This gap, unfulfilled by even many large organizations, leaves new hires and interns unprepared for day-to-day challenges.

I noticed a pattern underlying questions repeated by interns. They all signaled developer workflow, Git, best practices, and general problem-solving sensibilities when working on a complex system. In response to their growing list of questions, I wrote up a list of “junior engineer pro-tips”—a combination of coding and non-coding skills that could accelerate their output and help them avoid common pitfalls.

Although the original write-up was published internally and far more specific to GitHub, I’ve generalized it for broader use after getting feedback that this sort of post was helpful. My goal was to provide a set of unstated but regularly applied software engineering guidelines to the benefit of those starting their careers.

Caveat: GitHub is a Rails shop, so much of the following is relevant to Ruby/Rails.

The habit of test-driven-development is incredibly useful. A codebase as massive as GitHub’s requires you to problem-solve with incomplete information about the system, meaning you’re bound to stumble upon quirky surprises, edge-cases, and idiosyncrasies. It’s typically useful to think through test cases and write tests before you write code to minimize costly re-writes and quickly validate a solution. Fostering this discipline helps you discover edge-cases in a more systematic way than stumbling through them haphazardly.

Here are some general rules that help you decide what to do first: write tests or application code.

GitHub uses MiniTest. The anatomy of a test will typically follow this template:

Refer to the Rails testing guide for more thorough documentation on MiniTest and assertions. If you are courting the idea of building a Rails app yourself, be sure to check out RSpec, another popular testing framework.

Development necessitates navigating between your editor, terminal, and multiple browser tabs. Keyboard shortcuts allow you to manipulate your digital space quickly. This makes context-switching easier, which is necessary given how modern development workflows integrate the simultaneous use of many tools to solve a problem. Engineers are regularly racing against their short-term memory to hold onto information from multiple sources (ex., the server output, the editor, StackOverflow, and other tabs, etc.) while keeping track of the problem to be solved. This requires incredible focus. Your tools are imperative in enabling that focus.

Learn Enough Command Line to Be Dangerous is an excellent resource to lean on.

The following questions were repeated a lot:

There are accepted practices around this stuff. Rather than replicating existing wisdom here, I’d refer you to an interactive CodeSchool course on Git.

An organized, decluttered digital workspace goes a long way in helping you think. SizeUp supports keyboard shortcuts that can help you keep your screen clean and less cluttered. 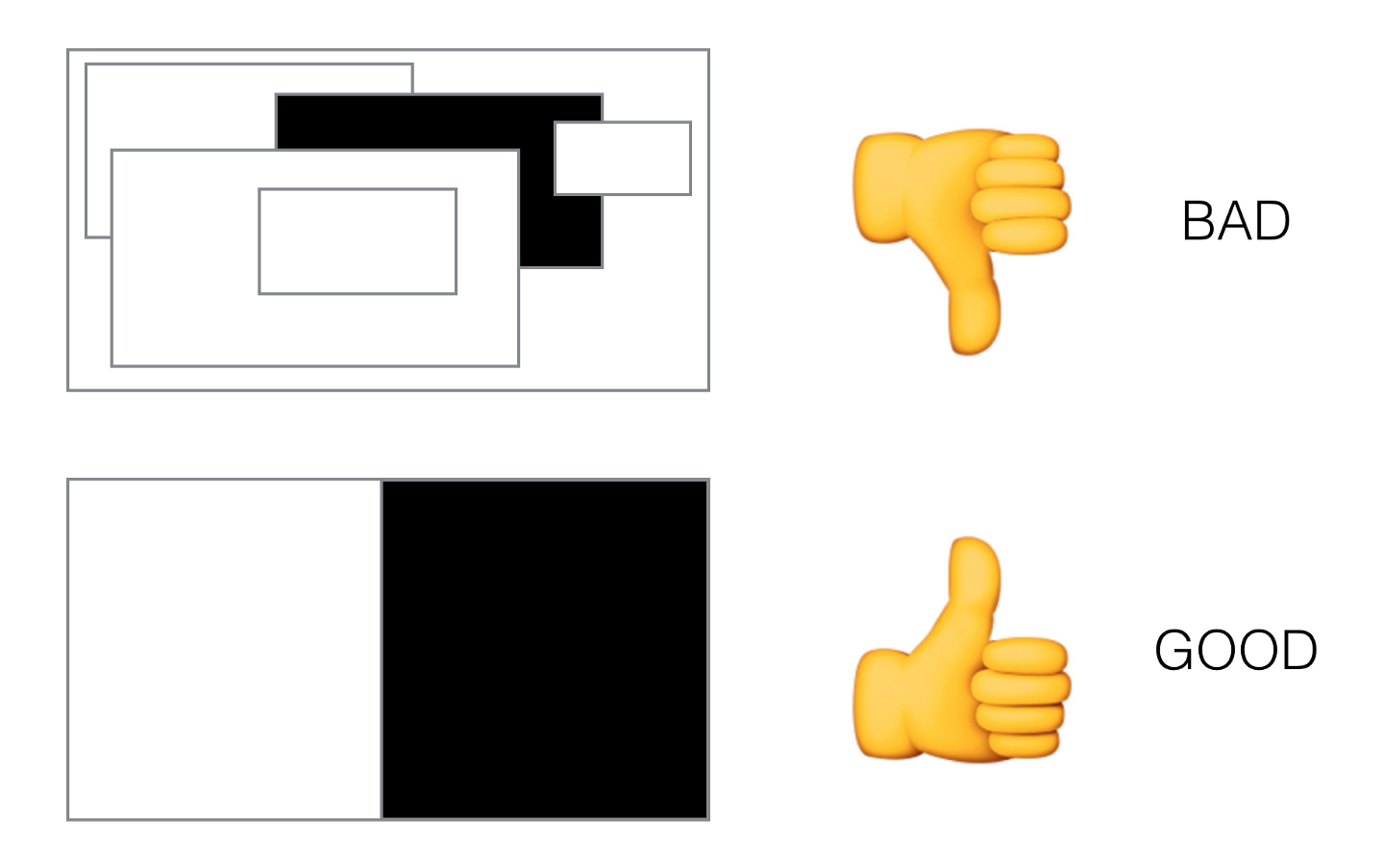 Soup up yo bash profile

You can customize your prompt with colors and information that’s most convenient for you may help. @mdo has a pretty great one that might be worth borrowing from as a baseline and adapting to your own needs.

Soup up yo editor

Depending on what you’re using, you can optimize it to do more heavy-lifting for you. Here are some neat Atom packages that may be of interest.

There are often several different ways to do something. Software development principles are often subjective; they depend on a given problem, its constraints, and the ideological beliefs of the team and organization. This process is never a precise science, but there are philosophies to lean on and use as guardrails when deciding where to put your code, how to test it, etc. The following resources illuminate some of those less-empirical and more heuristical guidelines:

Part of sound engineering practice is clarifying requirements and expectations upfront. However, asking questions can be intimidating, and presupposes a level of inner-conviction that is difficult to have early in your career.

When asking questions or seeking help, it’s generally useful to share what problem you’re solving, why you’re solving it, and stating the information you already know. This allows the other person to quickly build context, in addition to showing what you’ve investigated already, narrowing the scope for a more specific conversation.

While counterintuitive, taking a step back to scope out a problem, do research or ramp up on a new area is sometimes more important than jumping into code. There’s an industry bias that falsely conflates this outside-the-code-reasoning with laziness. A natural inclination to feel productive can lead you into a trap of writing suboptimal code without having a robust blueprint or plan in place. The cost of such eagerness can be immense and may require one to backtrack due to improperly assessed criteria.

There’s, of course, a balance here to keep your productivity in check; using the following guideposts is typically helpful:

Internships benefit from a type of camaraderie that’s difficult to replicate once you enter the workforce full-time. Use this unique closeness to develop a support system. Start reading lists, book clubs, or collaborate on side-projects. Take advantage of the incredible cohort you’ve joined.

Ending with a note of gratitude

I feel lucky to have mentored and learned from GitHub’s 2017 interns. Beyond their commitment to building technology, it was refreshing to see their genuine devotion to critically engaging in our industry’s cultural aspects. Thank you for your passion for developer tools and evolving our standards for diversity.